City of Calgary to Lower Residential Speed Limits Effective May 31, 2021 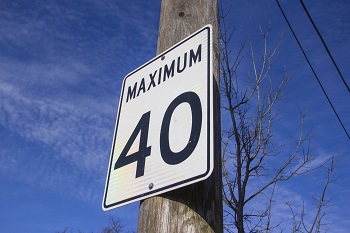 City of Calgary council voted 10-4 to approve a reduction in the default unposted speed limit from 50 to 40 km/hr.  The reduced speed limit may affect residential roads as well as collector roads in and out of neighborhoods.  There are no proposed changes to speed limits on high traffic roads, such Deerfoot Trail, Bow Trail, Anderson Road and Memorial Drive, or to playground zones, which have a 30 km/h speed limit.

Residential roads are the roads in front of most houses.  They typically have no centreline and less traffic.

Collector Roads have residences, schools, businesses, and green spaces.  They typically have a centreline and often are snow or bus routes.

The City reports that Calgary neighbourhoods see an average of 9,100 collisions each year, 550 resulting in serious injury or death.  The City anticipates the lower speed limit will result in a reduction of 90 – 450 collisions and 6 – 29 deaths annually.

To see which streets are affected, click on the link below: