But did you know that most heavy vehicles also have EDRs?  However, the task of accessing and interpreting the data recorded by a heavy vehicle EDR, or HVEDR, is much more complex compared to passenger vehicles.

To learn more about HVEDRs, watch for the Fall 2016 issue of our On-Scene newsletter.

We’ve probably all heard warnings that drivers should not allow their pets to ride in their laps. While the focus of distracted driving campaigns has been on cell phone usage, particularly texting, anything that takes the driver’s attention away from the road is potentially a hazard.  Certainly an energetic lap dog would qualify as a distraction. 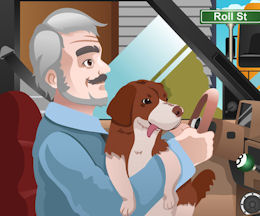 An unfortunate incident in British Columbia has brought to light another reason to keep animals out of laps while driving.  Police report that a family dog was in the driver’s lap when a collision occurred, causing the frontal airbags to deploy.  There were no reported injuries to the driver or passengers; however, the deploying airbag critically injured the small lap dog, which sustained significant internal injuries.

Airbags are best at reducing injuries to properly belted occupants.  Even today’s advanced airbags deploy with a great amount of force, which is why it is still recommended that children be seated in the rear, away from frontal airbags, whenever possible.  The same advice applies to pets.

The full story can be found here. 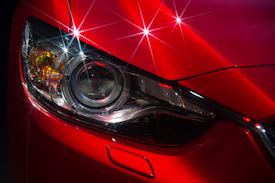 The Texas Court of Appeals recently reassessed judgments in a case that excluded evidence related to alleged non-use of seatbelts by multiple plaintiffs involved in a serious motor vehicle collision (Nabors Well Servs. v. Romero).  The case had been remanded back to the Court of Appeals after review by the Supreme Court of Texas, who ruled in favour of admitting relevant seatbelt usage evidence in apportioning liability for the purpose of determining the quantum paid to an otherwise faultless motor vehicle accident victim.

The basic premise of the seatbelt defence argument is that if failure to wear a seatbelt caused or exacerbated the plaintiff’s injuries, the plaintiff should be found partially responsible for the injuries even if they did nothing to cause the accident that ultimately resulted in those injuries.

Seatbelt defence has been widely adopted in Canada but remains highly controversial in the United States, with only a handful of states recognizing it.  In the Texas Supreme Court ruling, Justice Brown wrote that the old ruling excluding seatbelt usage evidence was outdated.   In his decision, Justice Brown considered current seatbelt laws and usage rates as well as an abundance of research establishing seatbelt effectiveness.  With the new rule in mind, the Court of Appeals reversed and remanded for new trial the claims of some of the vehicle occupants, while affirming others.

Our feature article in the Fall 2015 edition of our On-Scene newsletter addresses the role of the expert witness in assisting clients in both support and opposition of the seatbelt defence.  Collision Analysis is experienced in determining seatbelt usage by vehicle occupants and evaluating the effects of non-use on the injured parties.  Please contact us if you have any questions regarding your case or would like a copy of our On-Scene article, Crashes, Seatbelts and Contributory Negligence.

If you don’t already have a copy of our newsletter, click here to subscribe to On‑Scene free of charge!